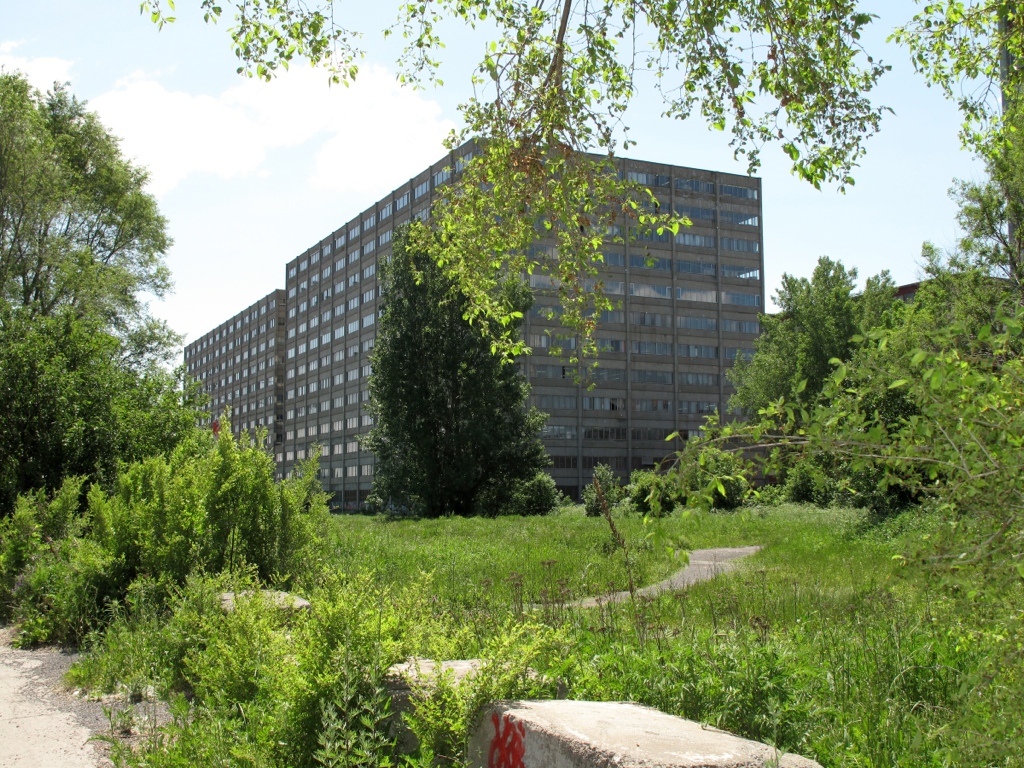 Above: Le Champs des Possibles, a post-industrial landscape in the Mile End neighbourhood of Montreal. Photo by Cynthia Hammond, 2011.

The Possible was a creative collaboration with a protected, post-industrial landscape in Montreal called Le Champ des Possibles (the “field of possibilities”). Le Possible was a three-part art project that reflected upon but also responded to the special characteristics of this “friche urbaine.” It was a focused reaction to an event that took place in October 2014, when the Canadian-Pacific Railway Company (CPR) entered this protected terrain and, without permission, bulldozed a section of Le Champ, destroying over a decade of self-seeding and human care. A substantial portion of Le Champ lay barren following this devastation, toxic soil from the industrial past once more brought to the surface.

In the weeks that followed CPR’s action, I was invited by curators Mark Clintberg and Erandy Vergara-Vargas to develop a creative project that could reflect on the theme of “participation”. I could think of no better site for such a project than Le Champ des Possibles. Working with Erandy and urban naturalist, Roger Latour, I gathered 45 specimens from the part of Le Champ that the bulldozers had spared. Roger, a published expert on the biodiversity of this landscape, guided our choice of plants that are known to contribute to the vital mix of flora, insect, and fauna in Le Champ. 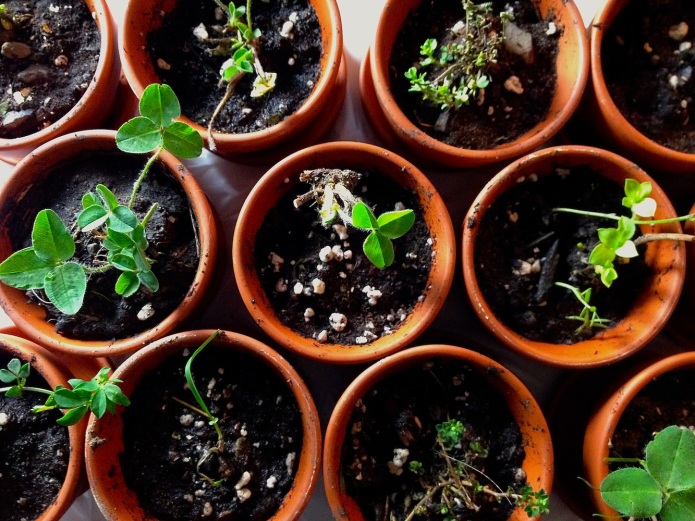 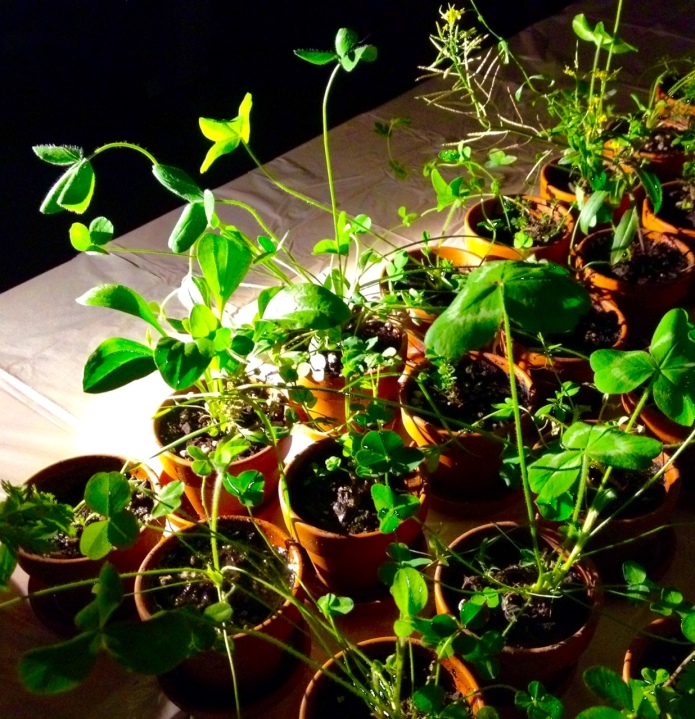 I took the seedlings home, planted them, and encouraged them to grow in my studio, with the intention of having them be the stars of my contribution to the exhibition that Mark and Erandy were curating six weeks later. Below: Shauna Janssen, photograph of Cynthia Hammond in Le Champ des Possibles, fall 2014. 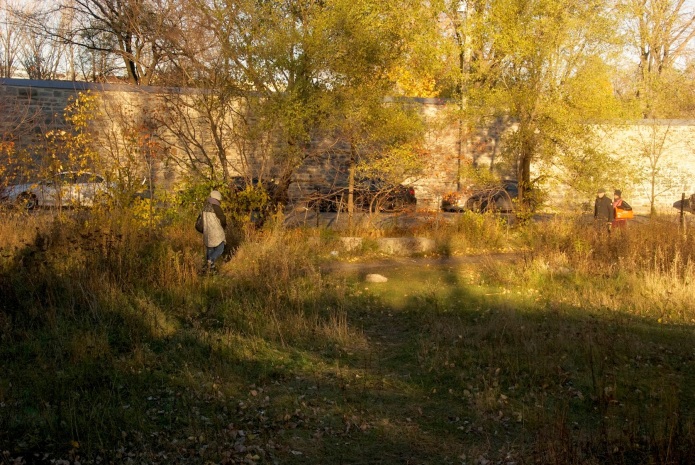 2. Writing for and about the post-industrial landscape

As I cared for the plants and watched them grow, I invited written contributions from local residents, artists, and students, all of whom had different relationships to Le Champ des Possibles. Contributions from Eunice Bélidor, Camille Bédard, Lindsay Ann Cory and others were included in an essay that I wrote for a publication that accompanied the exhibition at Studio XX. 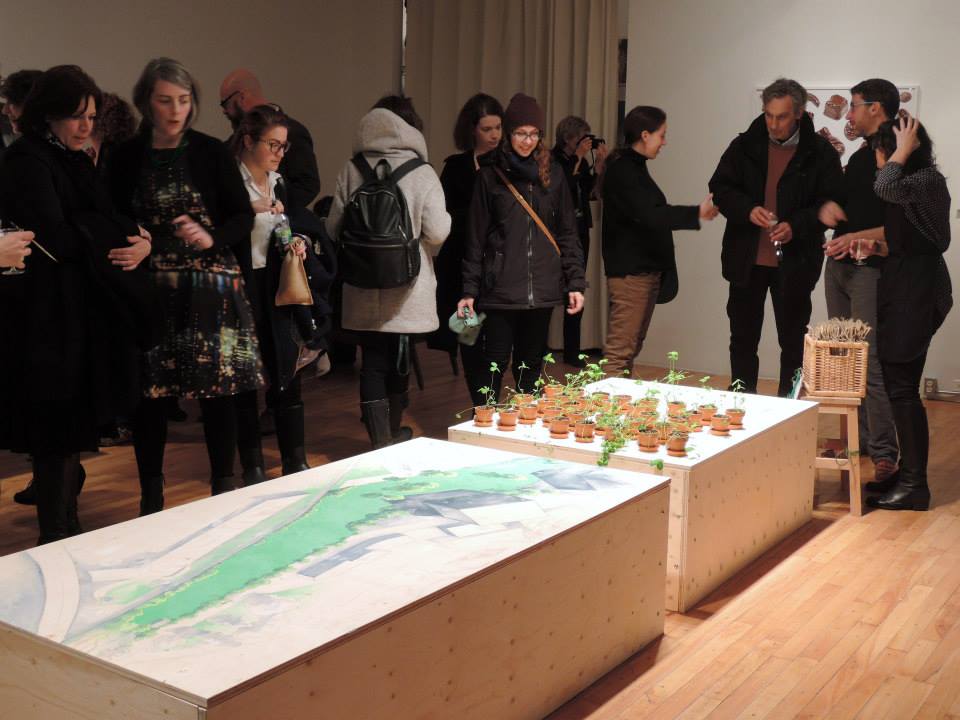 Above: Shauna Janssen, photograph of the vernissage of Contingent: Only if Participation Occurs, curated by Mark Clintberg and Erandy Vergara-Vargas, at Studio XX (now Ada X), December 11-19, 2014. On view: the installation co-created by Cynthia Hammond, Shauna Janssen, Camille Bédard, with special help from Marie-France Daigneault-Bouchard, our animatrice who facilitated the sharing of plants with gallery visitors.

3. Asking for participation in the care of a post-industrial landscape

Visitors to the week-long exhibition at Studio XX found the little plants on display, enjoying daily watering and the bright light of the gallery. Visitors were invited to take a plant home, care for it over the winter, and join us in le Champ des Possibles in the spring of 2015 for a public planting event. At this event, we also encouraged participants to reflect in writing on their experience of taking care of this plant, and returning it to Le Champ. Below: photographs of our planting event in spring 2015. Top left: Shauna Janssen captures Roger Latour (left), Thomas Strickland (middle) and Caroline Alexander (right) discussing one of the specimens that will soon be replanted in Le Champ. Bottom left: Shauna Janssen, photograph of Caroline Alexander’s specimen, safely returned to Le Champ. Right: Camille Bédard, photograph of Samantha Wexler and her specimen, prior to replanting. 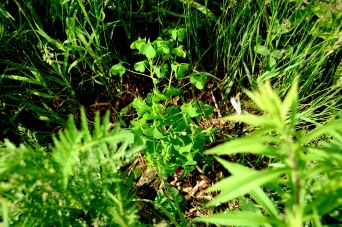 In returning the plants to their home, and contributing to the re-greening of the bulldozed section, approximately 45 people participated in a collective action that helped make visible this important landscape within Montreal’s urban life and sustainability. For me, the most important aspect of this project was that about half the participants had not previously known about Le Champ, and through their care for the small specimen over the winter, had entered into a relationship of moral proximity to the larger fortunes – and beauty – of this precious, irreplaceable landscape.

With heartfelt thanks to all the participants in Le Possible: 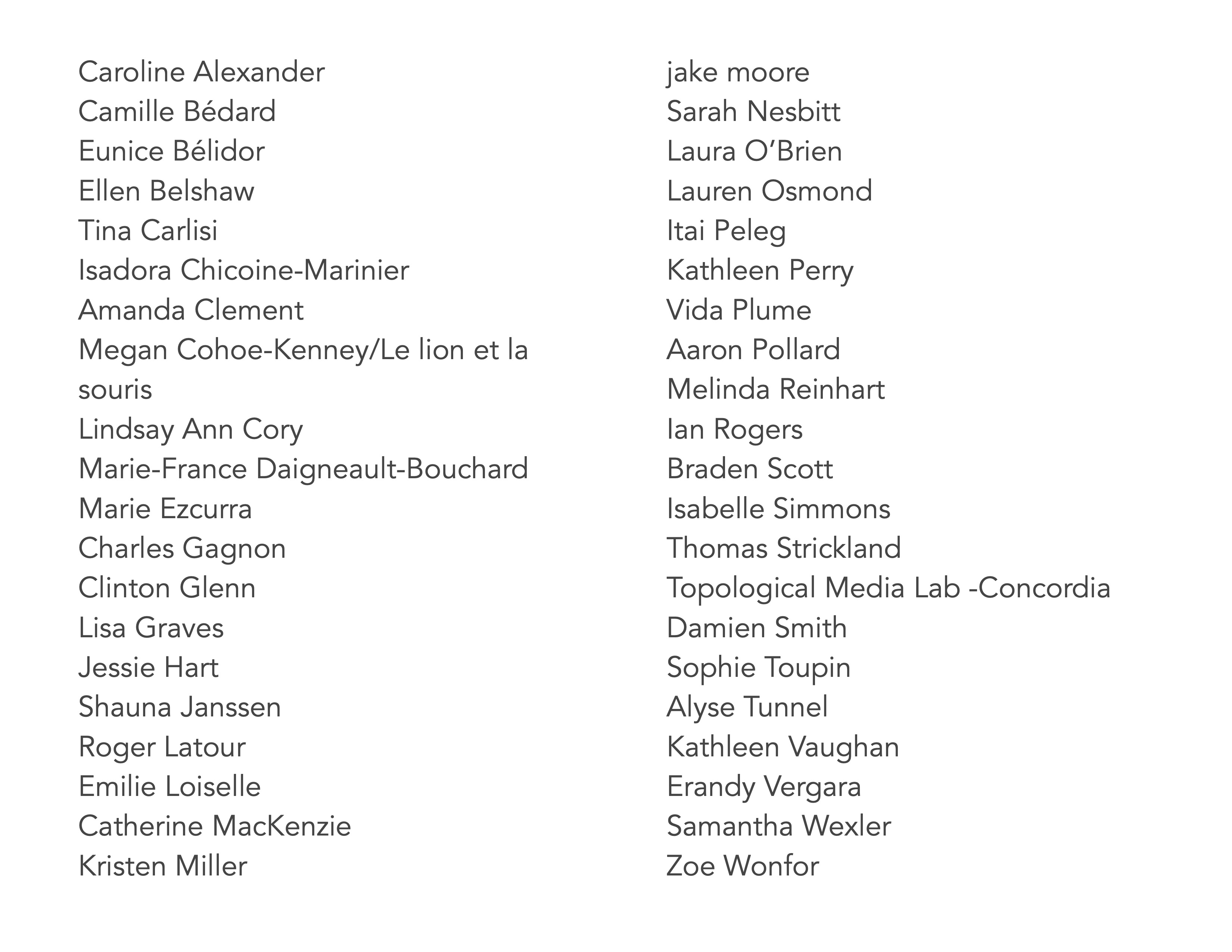